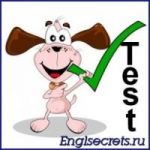 This is a true story told by a 13-year-old American boy, Jordan Romero, who became the youngest person ever to reach the top of Mount Everest.

‘May 22 in 2010 was a special day in my life – I reached the top of the world’s highest peak, Mount Everest! I became the youngest person ever to make it to the top at the age of 13! The first thing I did on the summit, on the very top of the mountain, was to call my mom. I told her that I was calling her from the top of the world! It was a dream come true.

The climb was really difficult especially at the end when I got bad stomach pains. I was thinking: ‘I don’t know if I’m going to make it because this is the worst pain I’ve ever felt’, but then, as we started approaching the summit, it all just faded away. The climb was definitely harder than I’d expected, with lots of problems along the way, but anyway, it was totally worth it! The feeling at the summit was like no other feeling in my life! I wasn’t alone of course. I made my way up the mountain with my dad, stepmom and three guides, who are all experienced mountaineers. I climbed Everest for a special reason. I hoped this adventure would inspire young people around the world to do more physical exercises and keep fit. However, I don’t think anyone younger than myself should attempt the climb. It was a difficult mountain and it just took so much preparation.

I first got the idea to climb the world’s highest mountains when I was nine. I was inspired by a painting I saw in my California elementary school. It was a wall painting in the school hallway, which had seven continents’ summits and they impressed me so much! Then, one day when my father picked me up from school, I said to him: ‘Dad, I want to climb the Seven Summits of the world.’

Since then I have put all my efforts into making this early childhood dream come true. So far I have conquered the highest mountains on six of the world’s seven continents. Now I’m closer to my dream than ever before. I have just one more climb left. So the next stop is Antarctica. In December I’m planning an expedition to climb Vinson Massif there. If I do that I’ll become the youngest person ever to climb the tallest mountains, the Seven Summits, on each of the seven continents.’